I'm mandated with creating web interfaces to two legacy frameworks, one written in VA and the other in VW.

For the VW framework I started with a full application implementation; a Seaside interface that duplicated the entire application interface by parsing VW window specs and building Seaside components. But for both the VA and VW systems there is also a need for a 'portal' web site, one that exposes a limited view of the application but is intended for a larger user base.

Both systems were designed over a dozen years ago, using GemStone and a fat client. Grafting a multi-user Seaside interface to the fat client designed for a singe user was not going to work. That's why the VW 'full user' implementation uses one 200MB VW image per Seaside session, a deployment model that was not an option for the portal: too many users (a resource issue), too much exposed (a security concern), too integrated (a maintenance problem).

To work around these constraints I've implemented an XML based domain interface, where a Seaside image can gather the data it needs to render using a RESTful interface to GemStone. There is no domain model in the Seaside image, just components that know what part of the domain they represent. With GemStone this works particularly well since it eliminates the need to fault objects into the client. It's a common technique with GS, popularised by James Foster, to build strings on GS, fault them to the client, then parse and display the content.  Some displays, like lists of objects, can improve their performance from tens of seconds to sub-second.

Each Seaside component knows which dedicated server method to use. Since the portals have a limited scope there are not that many XML data methods. I would not use this approach if I expected the portal application scope to increase significantly.

All of this was made easier by thinking of the final rendering as a limited set of display patterns: lists, tables, trees, image and a single domain object. The XML has tags that identify the display pattern: <list> <table> <tree> <image> <domain>. These are used to build 'XmlObject' subclasses for each pattern. This makes accessing and debugging data easier than referencing the parsed XML code directly in the Seaside components.

Parsing XML is very different between VA and VW. Wrapping the results in my own XML node objects made it easy to port my code between dialects. I just needed to abstract out the XML parser references. Predefined tags, like 'oop, objectclass, text' are stored in instance variables. Any other tags are stored in a dictionary. The Seaside component would expect certain tags to be present and will trigger an error otherwise.

domain
- only attributes the Seaside component needs are included
- used in the list, table and tree patterns with minimal attributes; if selected the oop is used to get whatever else is needed
<domain>

list
- stored as named lists in the collection of attributes for a domain node
- each element of a list is another domain node, with enough information to be displayed (label, icon) and with the domain object oop in case it gets selected
<list type="actions"> 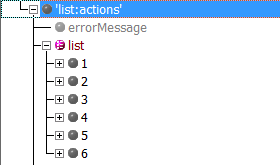 - added tags for header and styles. The style contents is encoded as key, value pairs so that the server code can include style information that a generic table component will render
<table> 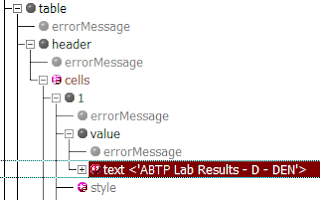 A Seaside component is created for each tree node which reads the 'hasSubtree' attribute and, based on a configuration, gets the nested list of domain nodes when expanded.

Building the XML on the server is done with a 'canvas' object which wraps tags around indented nested content. Formatting of the XML content is a debugging convenience.

To add a domain object...


For both apps a user identifier, in the form of a GS object oop, is included in each data request. Seaside stores the user object oop in the WASession subclass instance variable. Communication between the Seaside image and GS is behind a firewall, so I'm not that concerned about it being monitored.

RESTful communication works well with my Smalltalk message passing sensibilities. Objects passing messages feels so natural, and debugging is easy since I can record and replay any message. And I don't care what gets changed on the server, as long as the Seaside XML methods answer the same way.

Although the code is written in both a VW and VA client, it's dialect agnostic; they could be swapped. I stuck with the two Smalltalks because I was replacing a domain model Seaside implementation in each, and there was enough sunk cost to leave that code as is.

Ideally I would like to host the Seaside sessions from GS with a GLASS deployment.  It's a long term option with the VW application, but the VA application has to be hosted on a Windows server, which limits us to 32 bit GS and no GLASS.

So far testing is going well. The next step is to test this under load and see how many concurrent Seaside sessions one image can handle. We already have a multi-Seaside image dispatcher implementation working with Apache that supports session affinity, so I'm confident that scaling will not be a problem.